Back to all posts

How do you say WIPE OUT in Switzerland?

I'm currently in Europe! Played some shows in Frankfurt and LisaB & I are taking some time before this weekend's WOAR Rhine River Cruise. I think I had a near death experience in Switzerland. Perhaps I am being dramatic, but I really do feel lucky to be alive and well! We rented E-bikes and were cruising along a nice bike path around Lake Lucerne when the bike path ended so we shared a lane with speeding cars and hit a down road spell reaching a speed of over 30+mph- pretty fast on a bike! Finally a new path emerged on the right, which I attempted to re-enter to get out of the shared car lane. To my horror, I realized, in slow motion, that this path was not just a painted white line, but a curb! I prepared for impact and went down quite violently at that speed, flesh and concrete all a blur- but did a pretty fine job of crashing I think, in restrospect! It was kind of a tuck and roll but not really. A turn and slide? A launch and land? Lisa witnessed the whole thing from behind me, and proceeded to hit the same curb and go down herself as well, but at a much slower speed. She ran to assist me and was worried I was dead because I lay motionless, entwined in the bike. I groaned and thought surely something was broken. Looking up I realized a Good Samaritan had pulled over and was attempting to pull me up- a lovely Swiss woman stopped her car and brought out a First Aid kit- she applied bandages and gave me extras to take with me before driving off. What a saint! I checked my injuries and Lisa and I were amazed that I was pretty much intact! Both knees, an elbow, shoulder, and both wrists took the brunt of it, not to mention some lower back pain and whiplash. But maybe it’s good that all these body parts shared the impact. I feel so grateful that I did not wipe out and roll into the oncoming traffic, or break a bone, or worse! So all good here, and just a little banged up! It was a lovely bike ride after all. It is beautiful here! And the Swiss people are very kind!! 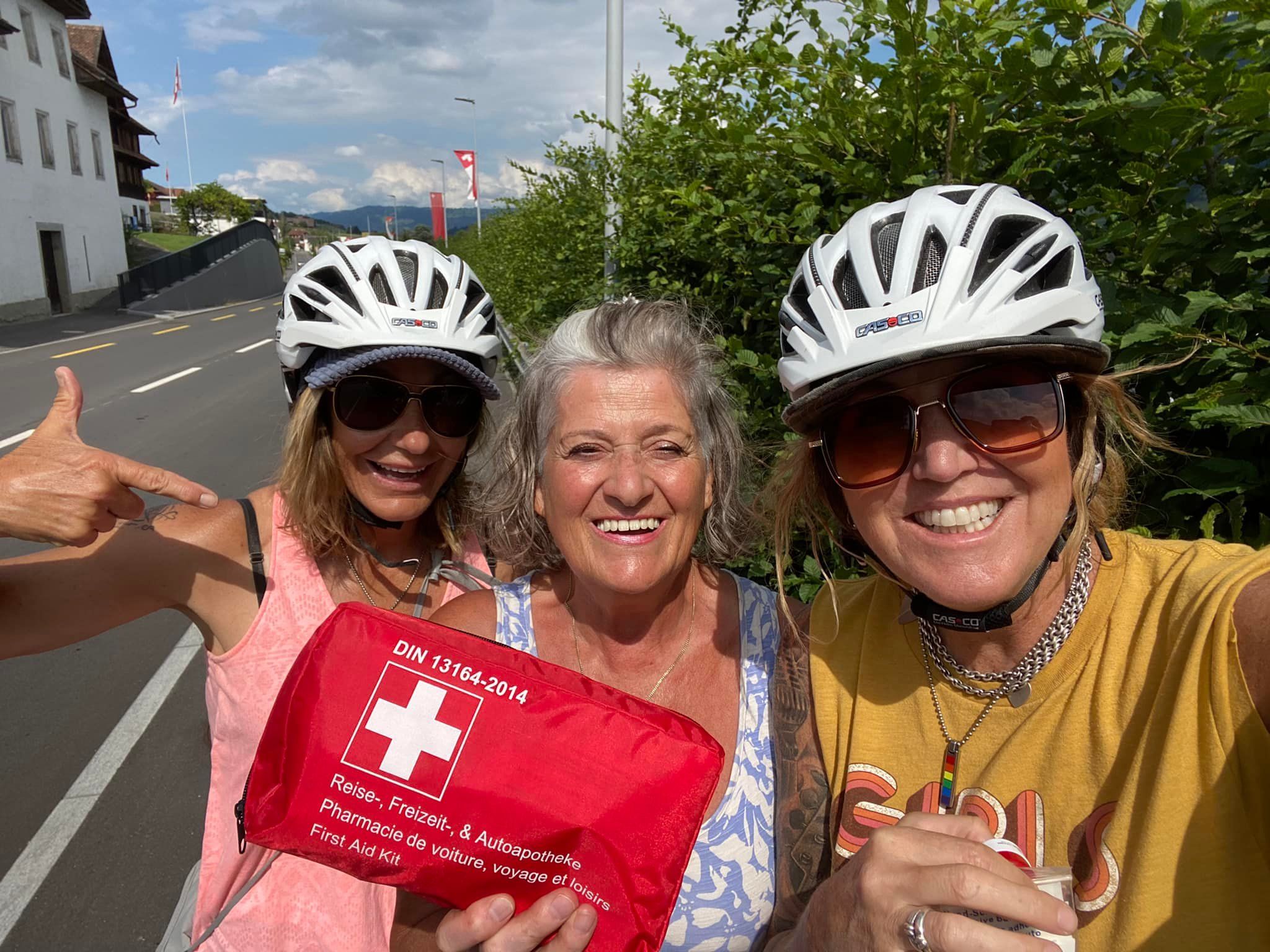 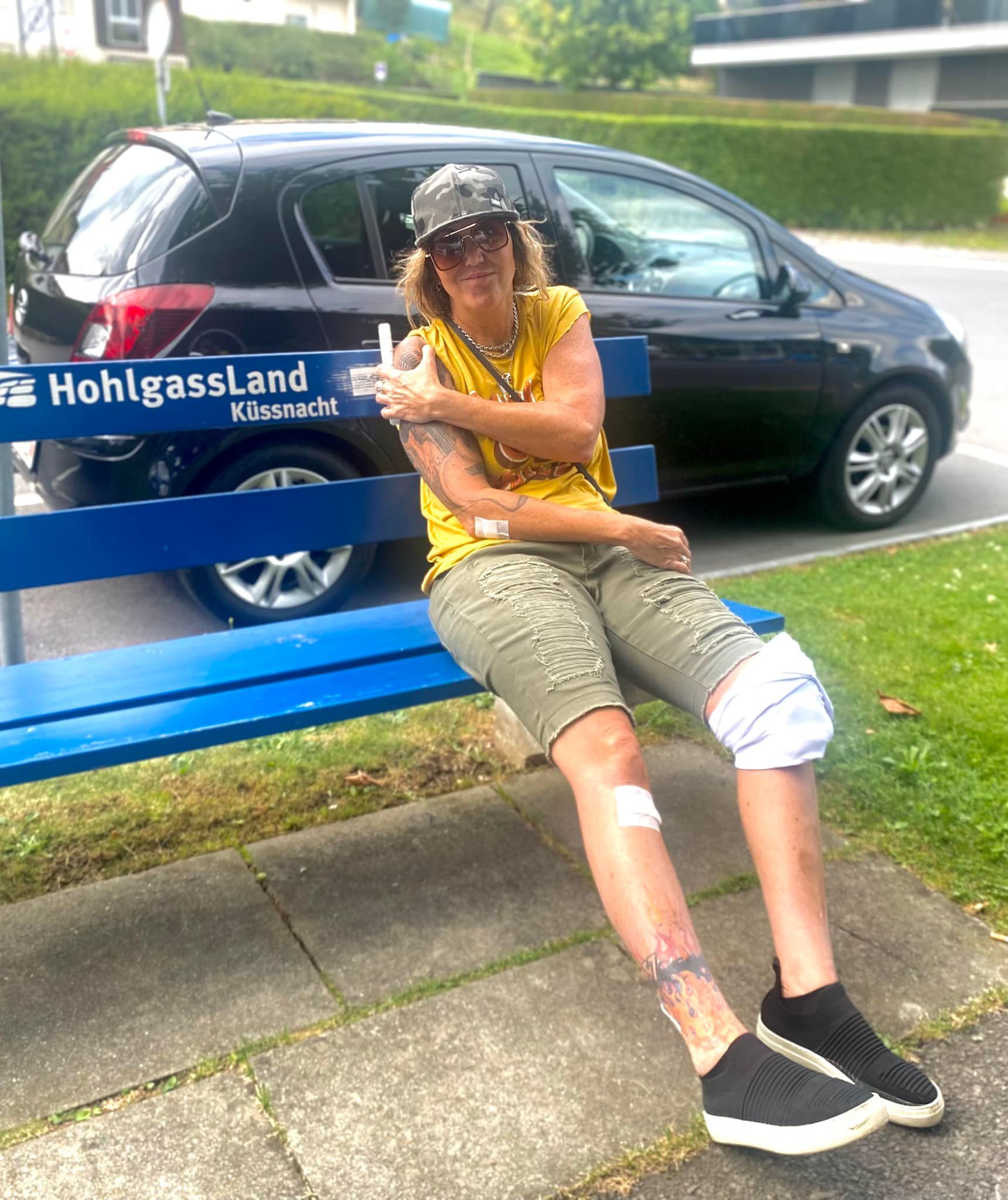